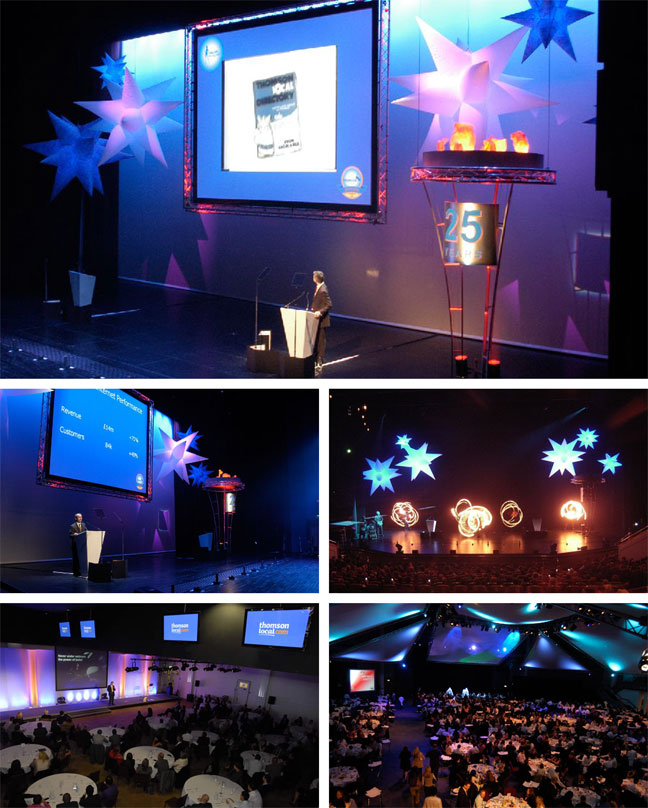 ThomsonLocal.com has been a long standing client of over 12 years. This is an event we produced which celebrated their 25 years for 1000 delegates. The 25 year torch was custom designed and built and the set was complimented by huge inflatable UV stars.

The objectives of the event were to celebrate 25 years of success and to motivate the delegates to improve results for the coming year. The event opened with a spectacular fire and drum show which had the 1000 delegates all reaching for their mobile phones! Several videos were produced for use throughout the event including opening video, vox pops, interviews and presentations, as well as an incentive destination launch video.

With the use of pyros, confetti canons and lighting, the event tempo and momentum was kept going throughout. A second event arena was dressed with stage and screen for a gala dinner and awards ceremony with one of the delegates winning a Porsche which had been hidden in a black box and was revealed during the occasion, see video..