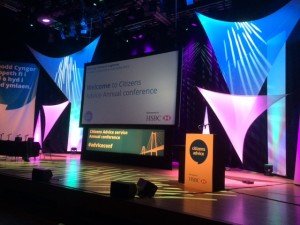 For the second year we were proud to stage and film the Citizens Advice Annual Conference at Warwick Arts Centre.

We produced an opening video for the event which was filmed at four locations across the country.